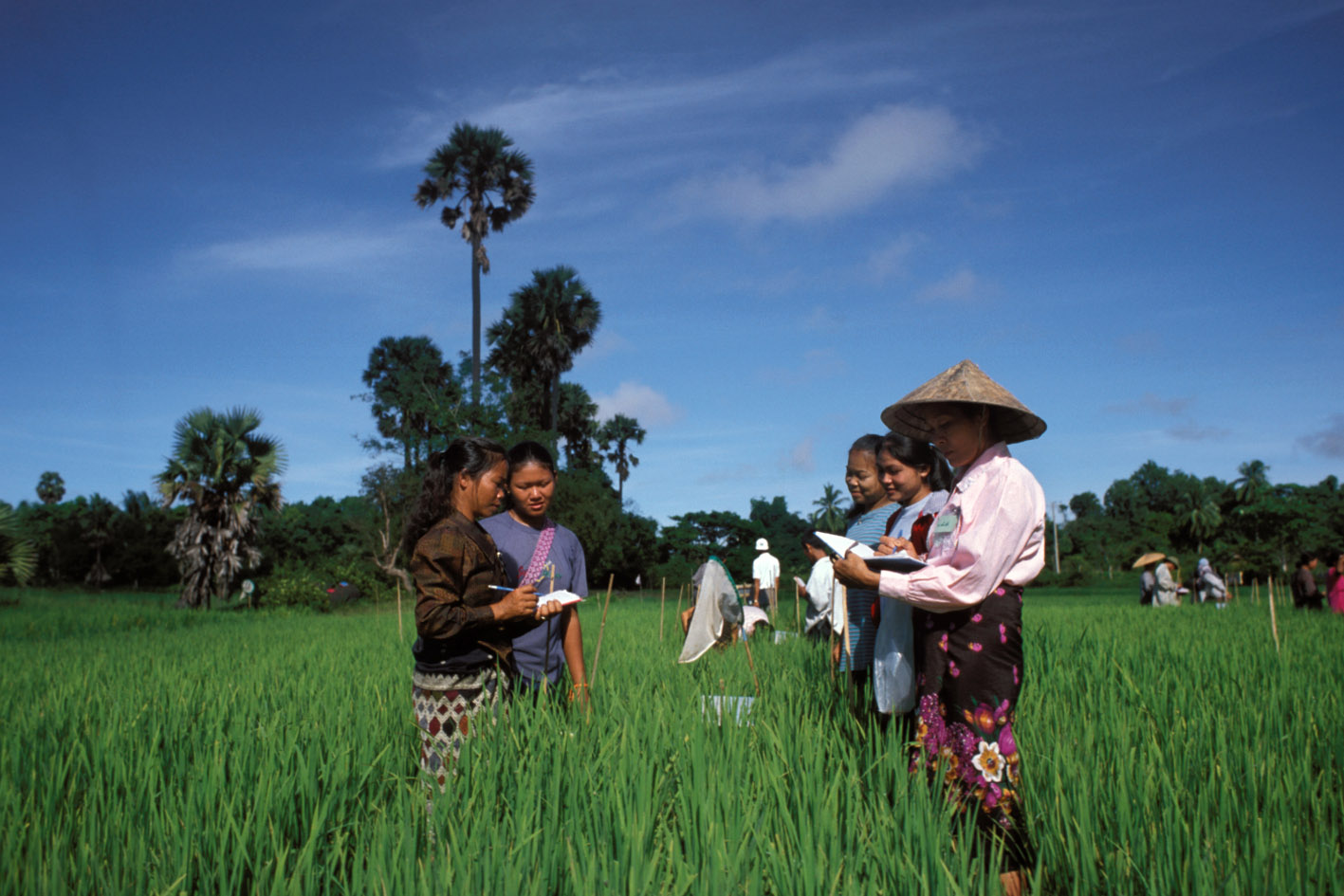 Survey ID Number
GEO_2008-2012_ABD_v01_EN_M_v01_A_OCS
Title
Agribusiness Development 2008-2012
Country
Study type
Socio-Economic/Monitoring Survey [hh/sems]
Abstract
The evaluation considers a range of outcomes of the ADA program, including production and profitability, investment and technology adoption, employment and wages, and access to credit and markets. Though it was originally designed as a rigorous impact evaluation that incorporated a randomized design, the evaluation was not able to undertake a rigorous statistical analysis of the program on these outcomes for a number of reasons, including the small overall size of the program, changes during implementation that compromised the original evaluation design, and the timing of the evaluation. Instead, the evaluation uses a mixed methods approach combining qualitative data with descriptive quantitative analysis to assess the impact of the project. Qualitative data collection included focus group discussions and in-depth interviews that collected detailed information from a total of 69 respondents. Respondents were recruited from among those who responded to the ADA survey and were grouped together by type of grantee (PP, VA/VCI, and FSC as separate groups) and by characteristics of interest based on responses to the ADA survey (those that reported an increase in income, those that didn't respond to income questions, those that closed their businesses, exporters, and machinery ring grantees).These interviews and focus groups were transcribed and analysed using the specialized software package NVivo to systematically categorize responses and identify commonalities. Themes of interest to the evaluation were identified and then coded in all of the transcriptions. Summaries of responses by code and respondent type were completed and interesting cases were highlighted, providing some concrete examples of project results and/or feedback that also served in helping interpret the quantitative data.
Kind of Data
Sample survey data [ssd]
Unit of Analysis
Agricultural holdings

Notes
The scope of the study was:

Geographic Coverage
National
Universe
Applicants to the ADA program from all application rounds (9 in total) in Georgia.

Sampling Procedure
(a) ROUND 1:
The frame for the survey is the list of all applicants. It was supplied by CNFA, the program implementer, along with the scores from the initial evaluation, various statuses assigned by CNFA, and various items of information taken from the applications. Each of the four applicant types were considered as separate strata, that is, primary producers (PPs), farm service centers (FSCs), value adders (VAs) and value chain enterprises (VCHs). For PPs, one comparison case was selected for each new treatment case. A propensity score matching (PSM) methodology was used to select the comparison cases, using binary logistic regression. The dependent variable was the event of being a treatment case. The independent variables, all available from data supplied by CNFA on the frame, were:

2. Include treatments from any ADA application wave that had not yet been interviewed in Round 1. Some of these were previously non-response and some appeared to have wrongly claimed to have been previously interviewed on the basis of another application. 29 applications were selected on this basis.

3. Include applicants that scored 70+ (passing score) in ADA application waves 1-7, that have not yet been interviewed, but that are not previous nonresponse. Most appear to have wrongly claimed to have been previously interviewed on the basis of another application. 8 applications were selected on this basis.

However, as there were only 20 eligible VAs to be chosen under this condition, all 20 were included and so the VAs became fully enumerated. In total there were 334 applications selected for inclusion in the survey. The frame and summary information about the selections are included in the external resource "Followup frame and selections.xlsx".

(c) ROUND 3:
The sample frame was created by NORC and included all cases that were part of the sample in Round 1 and all the cases that were part of the sample in Round 2. The sample comprised of treatment and control groups with three main types of businesses in each group. Overall, 600 face-to-face interviews were planned to be conducted for Round 3. This sample frame was then put through a re-listing exercise to update it since the list of business status and contact information included many incorrect telephone numbers and addresses, there was turnover in owners/managers of agribusinesses, and some had shut down. For the relisting exercise, ACT first tried calling the phone numbers, then conducted field visits to the listed addresses. If still unable to locate the business, ACT regional coordinators contacted local authorities/representatives. Upon contacting the business, updated information about the business status, location, and contact information was collected for use during the main data collection. This updated list was the sample used for data collection.
Deviations from the Sample Design
A. Round 1
It should be noted that the model for PPs was re-estimated many times and some comparison cases were selected on the basis of the PSM scores generated in each of those runs. First of all, it had to be re-estimated for each wave of the survey, as new applicants appeared in the frame and new treatment cases were chosen by CNFA. Secondly, many applicants did not have values for all the independent variables, and therefore the model was re-estimated a number of times with varying reduced sets of independent variables. In practice, the strata were defined with too much detail and comparison cases often could not be found in the same strata as treatment cases. Therefore, strata had to be combined. This was done in an ad hoc way, with the result that the probability of selection is not available and corresponding sampling weights cannot be calculated. By wave 4, it was also found that the pool of comparison cases was so small for FSCs and VCHs that all cases had to be included in the sample, that is, these categories are fully enumerated. This then applies to wave 5 also. Selection of comparison cases was on a quota basis, that is, there was substitution for non-responding selections and for selections that no longer existed as separate entities.
This occurred because some green-field proposals never commenced operations, because some businesses ceased operations, and because some businesses merged with or had always operated jointly with other applicants that had already been interviewed.

B. Round 2
During the course of the survey, two notable changes were made to the frame. First, it was discovered that one applicant had not been included in the CNFA Masterlist. This was a VCI applicant and it was therefore added to the survey. Second, it was discovered during interview (and subsequently confirmed) that applicant #318 should have been classified as a PP and not as a VA.

C. Round 3
None
Response Rate
a. Round 2:
In total, 335 applicants were selected for interview. Of these, 217 (65%) were interviewed face to face. A further 51 (15%) had ceased business or were merged with other businesses but were interviewed briefly by telephone. There were 33 noncontacts (including 2 businesses that are known to have been sold to new owners) and 32 refusals (including one ceased or merged business).

b. Round 3:
The response rate was calculated based on the number of complete cases out of the number of eligible cases in the sample. A case was considered complete using the American Association for Public Opinion Research (AAPOR) standard where 80% of the questions that were supposed to be answered have a valid answer (non-valid answers consisted of “don't know”, refusals, or interviewer errors that skipped the question), taking into consideration the skip patterns. The overall response rate was 68.3% (397 complete cases out of 593 eligible cases). The response rates for each group are as
follows:

Data Editing
Round 1 and Round 2:
Data editing took place at a number of stages throughout the processing, including:

Round 3:
Data editing took place at number of stages throughout the processing, including:

Data Appraisal
100% double data entry was completed with the exception of the first waves of Round 1. From the ADA application wave 8 (Round 1, wave 4 of data collection), based on DQR recommendations, the decision was made to do 100% double data entry. Detailed information is provided in the external resources.